Our friend Andrew brought in his  Equator guitar, wanting to wire it up with a similar control scheme as his Ibanez Musician.  The Ibanez Musician was a really cool instrument made back in the mid to late 70’s – and, like many guitars from the 70’s, had a bazillion knobs and switches in an attempt to achieve every tone imaginable.  What was once cool in the 70’s has apparently become cool again…

Andrew’s Equator guitar is a copy of the one played by Phish’s Trey Anastasio: 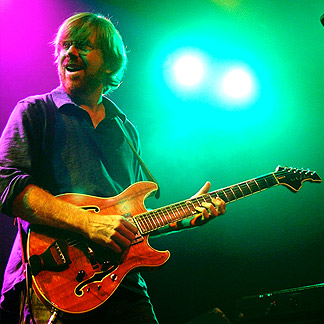 Andrew brought in both his Equator and his Ibanez; we measured the output of the Ibanez’s proprietary pickups, and figured out how the control scheme worked (3-way pickup selector,  master volume and tone, and a 3-way switch for each pickup which puts them in single coil, humbucking, or out of phase modes).  Based on the tonal characteristics of the Musician pickups, Andrew chose to install a Seymour Duncan Pearly Gates in the bridge, and a Seymour Duncan Alnico II Pro in the neck.

Here’s Andrew’s Equator with all the electronics removed (we taped down the floating tailpiece, just to prevent it from scratching up the body): 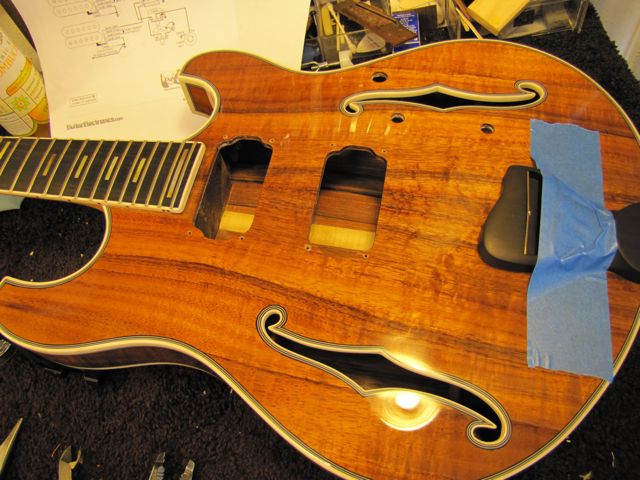 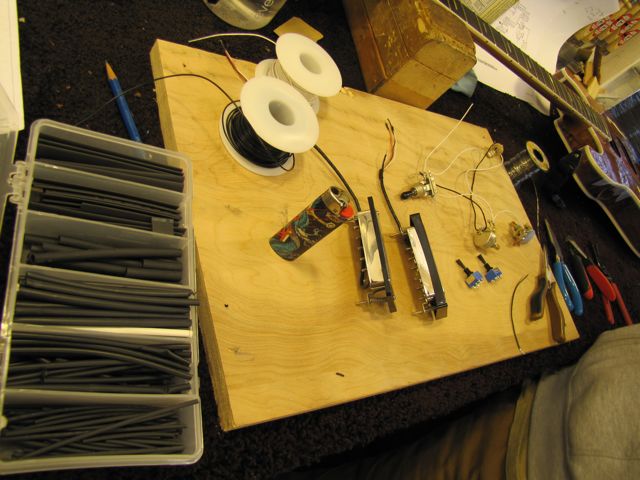 And here it is, all wired up, set up, and ready to rock (or whatever it is that Phish-heads do): 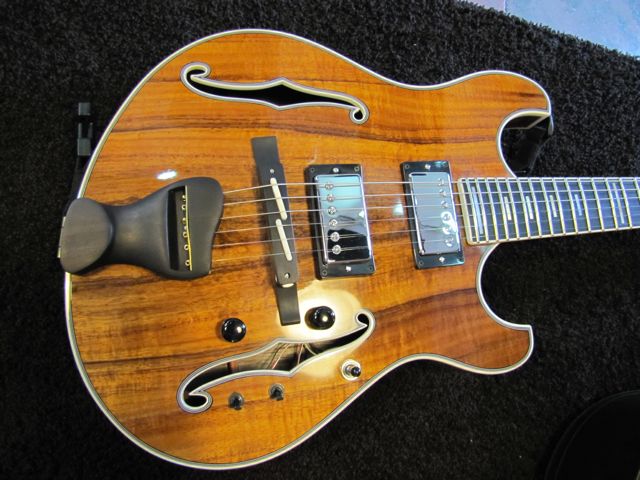 Spencer testing it out with some of his trademark Nirvana licks: 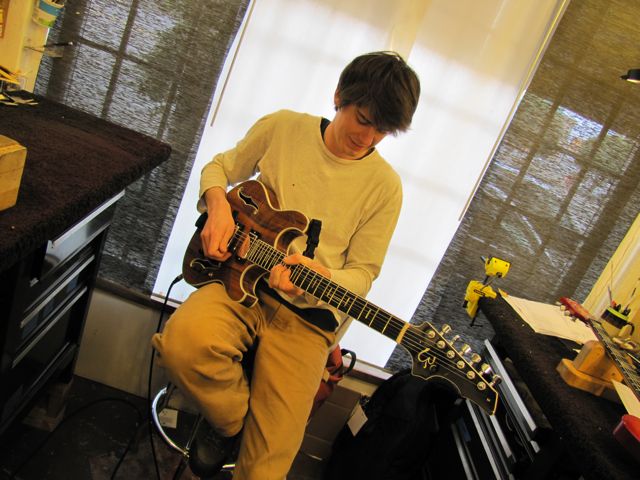 Time for a victory sandwich: 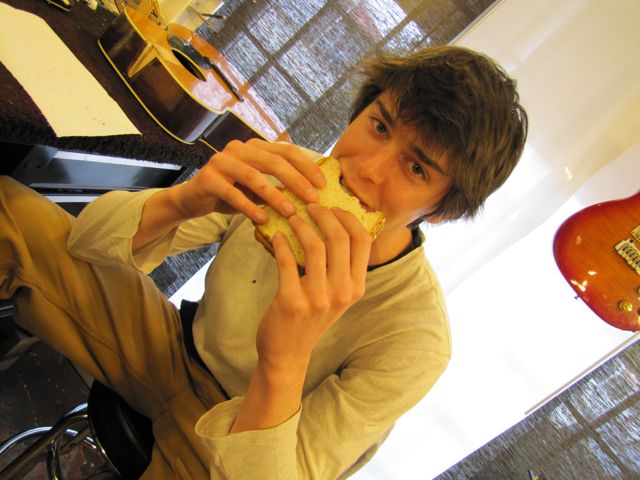 We don’t just fix guitars, we build them too!