Here’s a common problem we see in the shop: collapsed Tune-o-matic bridges.  Many players have the idea that screwing down the stop tail piece all the way down to the body somehow increases tone (it doesn’t).  Not only does this practice not really contribute anything to the guitar’s tone, it actively destroys the bridge.  The since the bridge is only supported by the two outer posts, any additional downward pressure from the strings can cause the middle to sag, and can even cause it to snap in rare cases.  Here’s a rather extreme case: 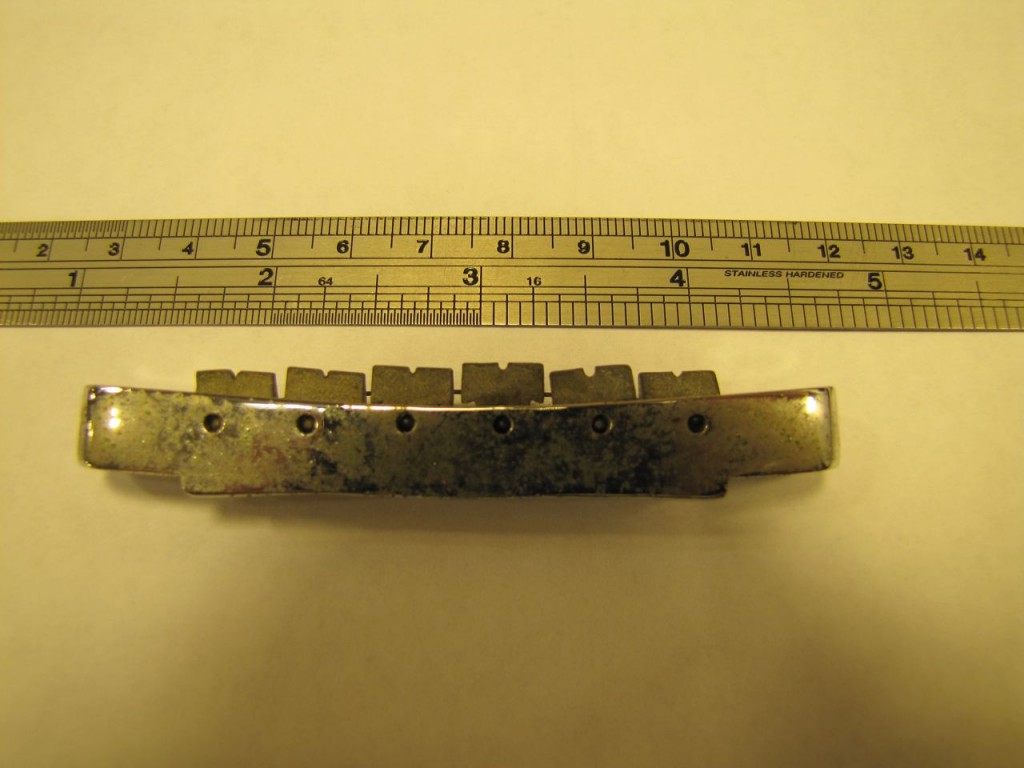 When a bridge is collapsed like this, it causes some significant problems: the string action is lower in the middle of the neck, it puts a severe kink in the string (reducing string life), and the intonation is compromised.  Sometimes these can be fixed, but when they are this bad, the bridge tends to snap as it’s bent back.  To fix them, we put them in our double clawed clamp, like so: 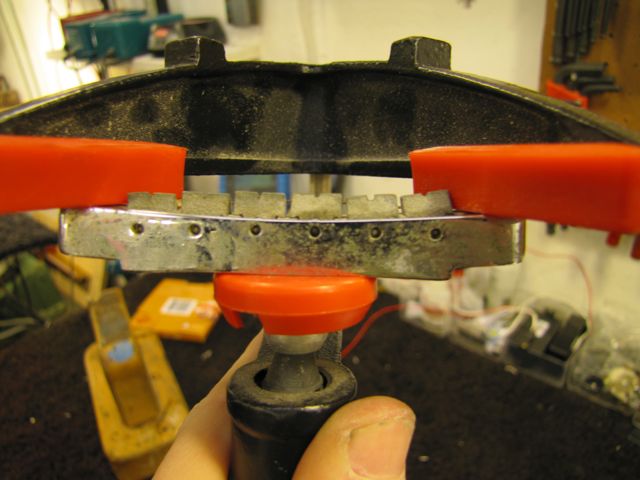 Then we bend it back into shape with a few turns of the clamp: 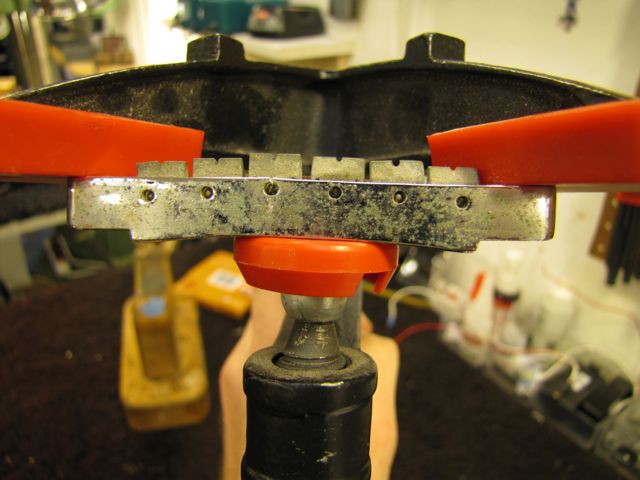 It’s just as we expected: this one snapped right at the G intonation screw.  Well, we gave it the old college try – but this one is going to have to be replaced.

So for all you kids following along at home, take a loot at your stop tailpiece and see where it’s set.  If it looks like this, chances are you’re slowly ruining your bridge: 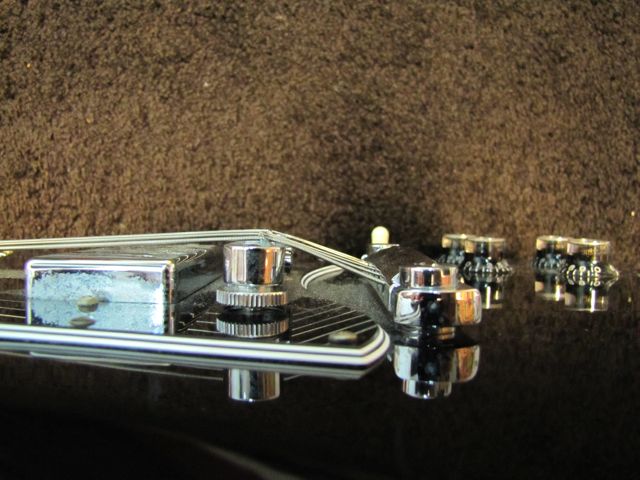 Grab your biggest flat head screw driver, and raise that stop tail piece up until the strings clear the back edge of the bridge, only making contact with the saddle itself, like so: 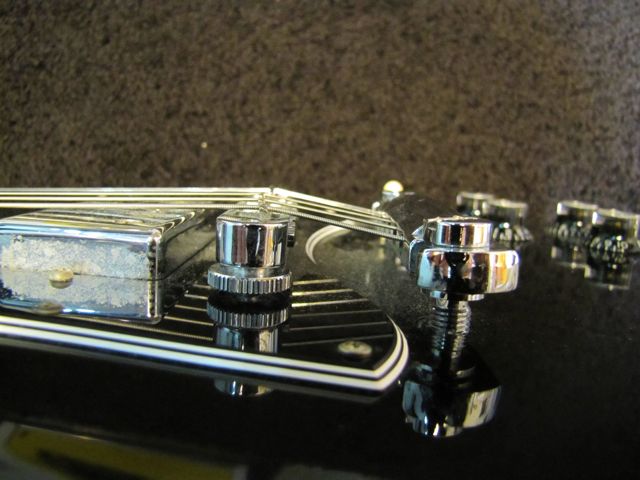 And there you go!  You’ve just saved yourself from buying a new bridge (and probably will save yourself a few bucks on strings, too).