Here’s an interesting job we did for The Cuban Cowboys.  Jorge brought this 1973 Fender Tele Deluxe that had been through the ringer: it was covered in spray paint, stickers, and had some funky old Gibson pickups installed.  Jorge wanted to see what was under all the spray paint, damn the consequences.  We knew it was risky, but Jorge was willing to go for it, so we gave it a shot.

Here’s what the body looked like when it came in: 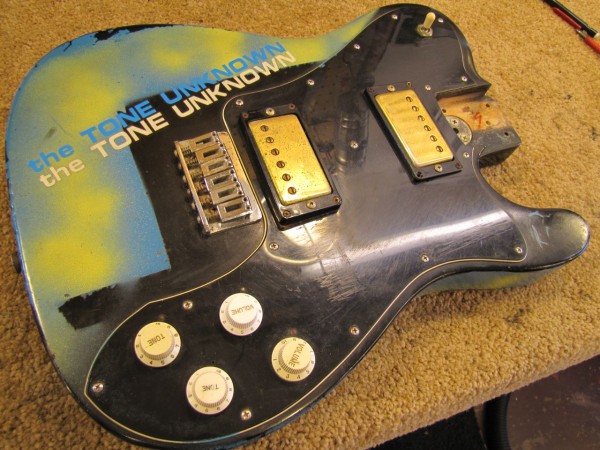 After several hours sanding, buffing, and polishing, we got down to the original black lacquer.  It had been pretty heavily scuffed before the spray paint had been applied, so we went with the more reliced, played in look rather than strip the finish and re-apply a whole new coat of lacquer.  Add in a couple of Rio Grande pickups (in green sparkle!), give it a proper Fret Level & Setup, and a new bone nut and this guitar has a new lease on life.  It sounds amazing, plays great, and looks awesome!  Check it out! 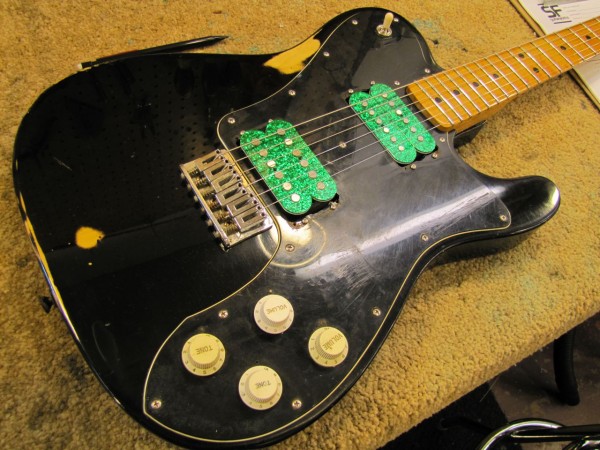 Cleating a cracked top on a Martin DM.