The Plek is an incredible tool that we use to get a very accurate picture of the fret plane, which directly affects the playability of the instrument. We’ve seen bad fretwork on both expensive and inexpensive guitars. The inconsistency is always a surprise, so we have decided to make it a game!

The scans show the fretboard plane along the G string indicated by the black line. The valleys would be the board and the hills would be the frets. The red line show the plane of the fret tops and the green line represents the ideal fret plane.

This time around, we are throwing two similar red dot Gibson ES335s into the ring. The big difference is in their age. Oh… and the 82 ES335 has the neck pickup turned around. 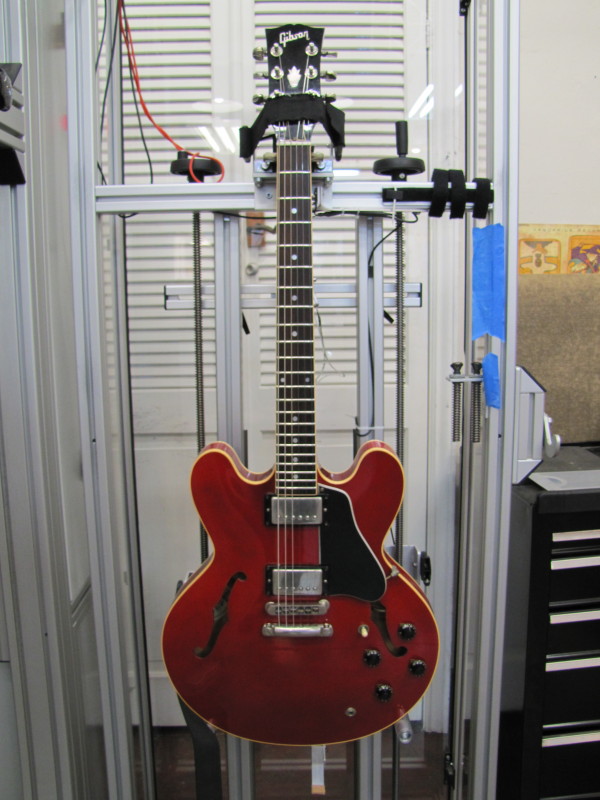 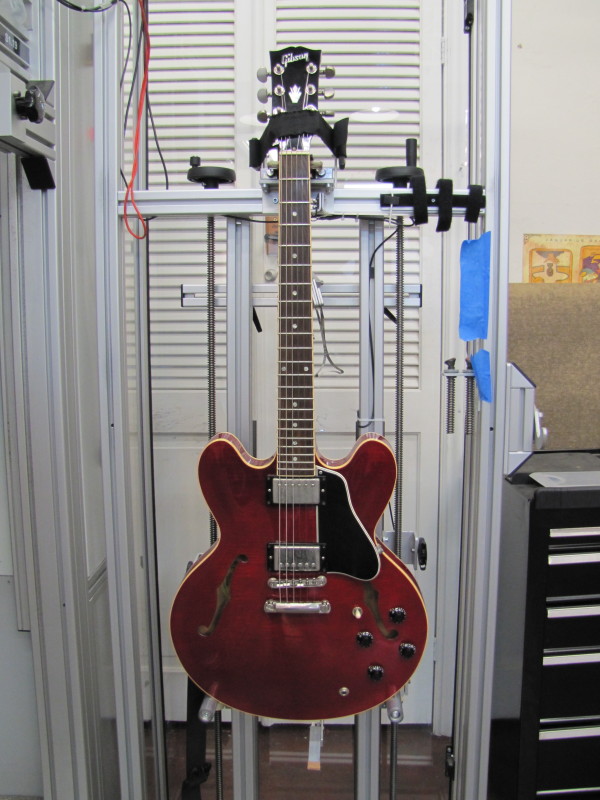 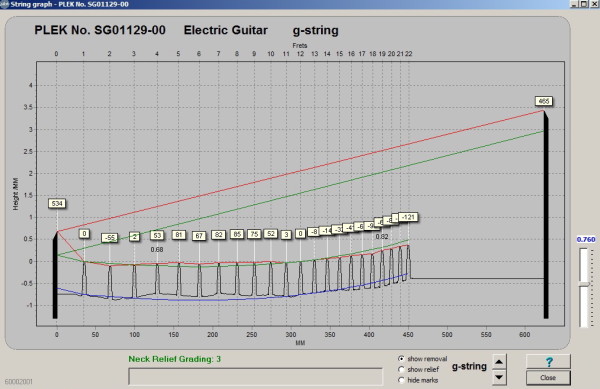 This scan shows a hump in the middle of the board. 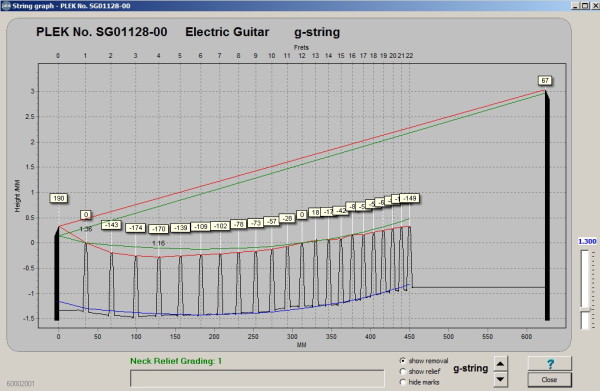 Here we see there’s a dip in the fret plane after the first fret.

Guess which scan belongs to which guitar!

Answers will be posted on Friday.

March Shop Updates: NAMM, Events and the Season of Gretsch!

Pick a board, any board…