In preparation for the events, we will spotlight the talent of the events each week here on our blog until the series begin. Our first features are Roberto Borbone and Alan Lopez-Orozco. Both will be playing at our shop on April 25th! 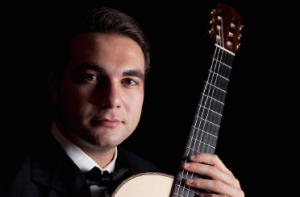 “What we wish to do is always more than what will fit in the time we have…what we wish to achieve is always better then what we have sitting before us…but it is this kind of endless pursuit, that provides the possibility for achieving perfection…”

Mr. Borbone’s passion for classical guitar led him to perform as a soloist and chamber musician throughout Europe and Asia. These performances include the Musical World Tour (China, 2013), Guitar Music from Europe and South America (Italy, 2013), and The Italian Portrait (Belgium, 2014), where he was acclaimed by critics and audiences alike. He also participated in the workshop Homage to Tuhu with Maurizio Villa on the complete works for guitar by Heitor Villa-­ Lobos (Naples, Italy, 2008), and The Eighth Edition of the Volterra Project 2014 Summer Guitar Institute (Volterra, Italy, 2014).

Roberto Borbone is currently pursuing his Professional Studies Diploma in Instrumental Performance at the San Francisco Conservatory of Music under the tutelage of Sergio Assad. 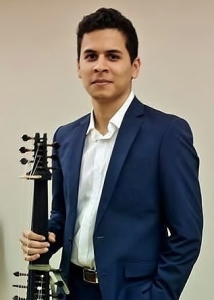 Well-versed as a solo and chamber musician, guitarist and lutenist Alan Roberto Lopez is committed to finding and communicating the true spirit of the music to his audiences. Most recently Alan performed in the San Francisco Conservatory of Music Baroque Ensemble’s production of L’incoronazione di Poppea by Claudio Monteverdi and will be performing at the Smithsonian Museum in Washington, D.C. on May of this year to represent the school’s early music department. In addition, Alan has performed in several venues as a soloist and with his duo partner Tatiana Senderowicz around California and Mexico.

Alan’s talent and dedication have led him to receive the Vincent Constantine scholarship to study at the San Francisco Conservatory of Music, a full scholarship from the Franz Liszt School of Music in Mexico and a scholarship to play at the Hispano-Americano Guitar festival in 2010. Alan has performed in master classes for Roland Dyens, Marcin Dylla, Giulio Tampalini, Roberto Limon and Martin Candelaria. In addition to this, Alan has taken several intensive courses with Rafael Elizondo and Giulio Tampalini.

Born in Mexico to a family of amateur musicians, Alan was first exposed to the rhythms and sounds of Latin American folk music through his mother who gave him his very first guitar lessons, building a strong connection with the style and the guitar.

Inspired by lutenist Tatiana Senderowicz, Alan became enthusiastic on learning how to play the early music repertoire on period instruments. It was little after that Alan formed part of the early music program at the San Francisco Conservatory of music with Corey Jamason and Richard Savino with whom he has built strong skills as a lutenist and continuo player.

His interest in both early and contemporary music has led him to build a well-rounded repertoire on the guitar and theorbo with composers dating back to the late 1500’s such as Piccinini, Kapsberger, Caccini, and Monteverdi to more contemporary composers like Benjamin Britten, Leo Brouwer, Carlo Domeniconi and Dusan Bogdanovic.

Currently, Alan is pursuing his Bachelor’s Degree at the San Francisco Conservatory of Music with the renowned guitarist, arranger and composer Sergio Assad. Past teachers include David Tanenbaum, Rafael Elizondo and Jose Ramon Aguilar.

Use my third arm… 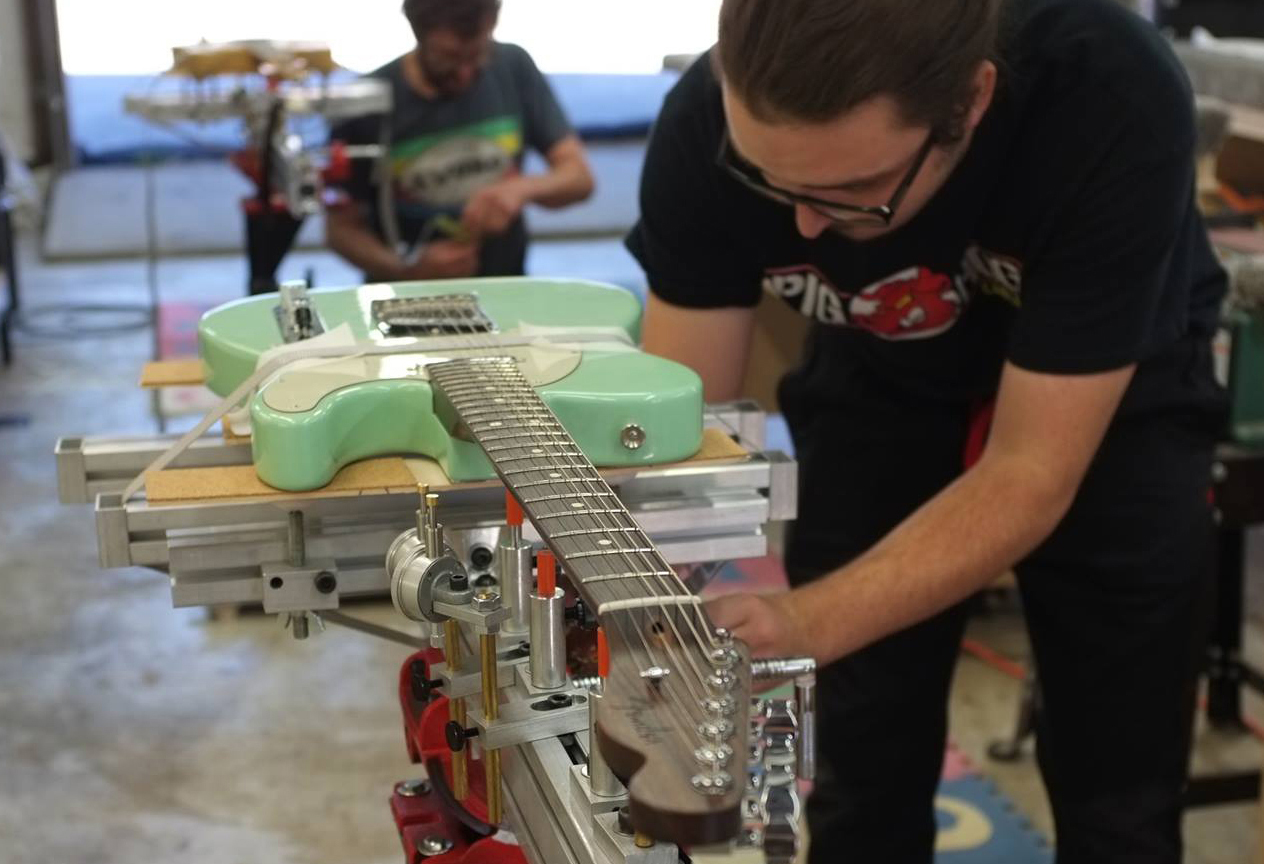 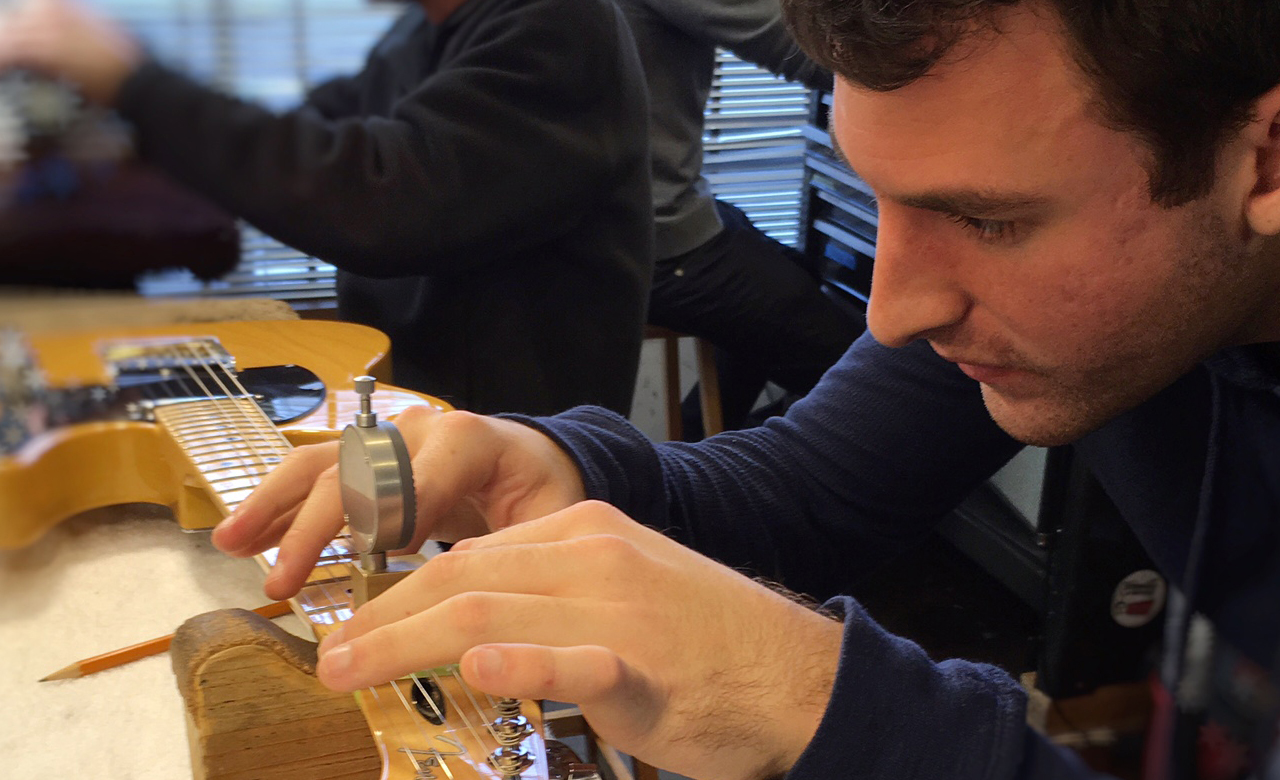