This year brought a rare opportunity for me. I had done some work for the guys at Finishing Move, a top notch production team based out of Oakland, so when they needed a guitar tech, they gave me a call. I was asked to work as a guitar tech with Steve Vai at Skywalker Sound. I’d never had the opportunity to sit right next to a guitarist of his caliber.

The project was recording the music for the video game Halo 2 Anniversary, which is part of the Halo Master Chief Collection. Steve played on the Halo 2 soundtrack in 2004 and he was slated to do an updated version for the 10th anniversary. He specified an onsite guitar tech and that’s where I came in. I first saw Vai play on the “Eat ‘Em and Smile” tour (I’m old), although I had been a fan before that so I was pretty excited to meet him. As a tech, working with him is about as good as it gets. There is none higher, if you know what I mean.

Steve rolled into the studio with a beat up double gig-bag and he was immediately gracious and friendly.  We sat down on the sofa and he showed me how he likes his tremolos set and a couple of things about his control configuration.  He brought a 6-string, Flo III, and a 7-string as well.  I was surprised by the state of his instruments.  There were napkins in the control cavities, picks jammed under one of the tone knobs to keep it from turning, tape on the pickups to keep the strings from catching, and the strings were crusty and the frets were pretty trashed.  Although all of this offended my perfectionist tendencies, I would soon learn that none of it gets in the way of Steve’s playing. 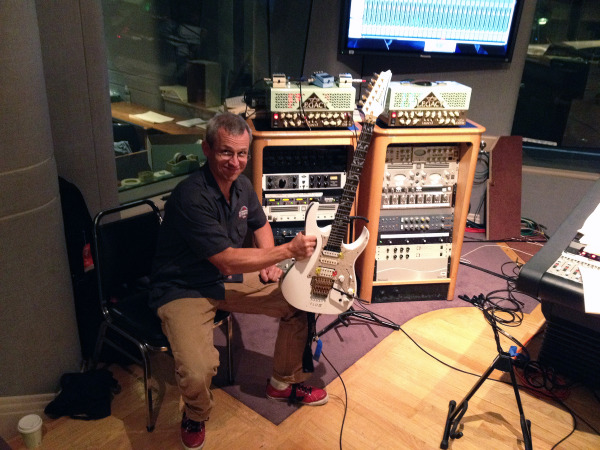 I was tasked with keeping Steve’s guitars tuned while he tracked his parts, so I had a front row seat in the control room.  I watched parts be developed and perfected, and I was fascinated by the process.  You’ve probably played with someone who was constantly trying to develop new parts on the spot, but could never nail them. Maybe you’ve done it yourself; I know I have.  In contrast to that, Steve would play an idea— sloppy, complicated, technically ridiculous, melodically challenging. You know—a Vai part—then say “just give me a minute, I’ll get it.” He would then proceed to work the part out, getting farther and farther each time through, never making the same mistake twice.  As soon as he played it through perfectly he’d announce “Got it.  Let’s triple it” and then he would play it perfectly as many times as needed. It was mind blowing.  I’m not talking about blues riffs here.  These were long, technical and complex phrases that most guitar players could never nail and he made it look effortless.

His instruments were real workhorses. He played with what I would call a low action, but not right on the frets. His neck had a little relief and the tremolo was set parallel to the body, strung with 9-42’s. He made a small action adjustment as he was setting up, and it was purely by feel. As I watched him play, I realized that, to him, the instrument really is just a tool and that as long as it gets the idea from his head to the speakers, it’s doing its job.

It was quite a fun day at Skywalker Sound. Again, Steve couldn’t have been nicer and the same goes for the rest of the crew. I ran into a tuner malfunction, and everyone was totally patient and helpful while we got it worked out, although I was sweating it! 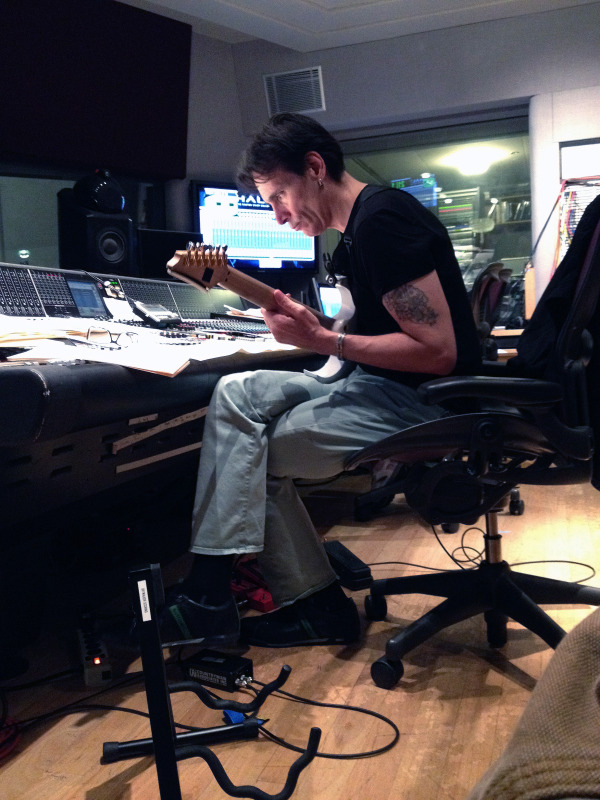 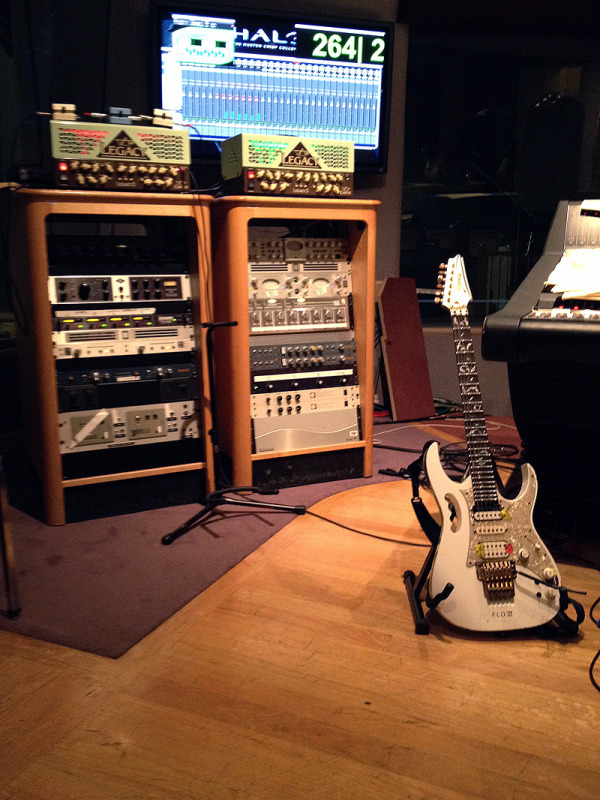