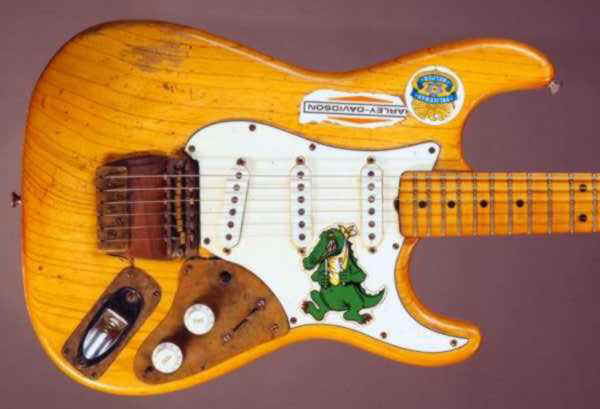 This guitar was given to Jerry by Graham Nash in 1972, and was given the nickname “Alligator” for obvious reasons.  Jerry played this guitar throughout what many Deadheads refer to as their more experimental period, after his custom “Wolf” guitar was damaged.  The Grateful Dead have a rather rabid following to say the least, and many people have attempted at re-creating their own version of the Alligator.  One of our favorite clients brought in a box of parts, and has asked us to put together his very own Alligator Strat.  We’ll be posting pictures of the building process throughout the month – make sure you subscribe to this blog for updates.

Enough talk – on with the pics!

In case you missed it…